Which neighborhoods in the Bronx were the most expensive in 2015? And where are the deals for buyers and investors in 2016?

Find out as we countdown the 10 priciest Bronx neighborhoods:

Castle Hill, in south-central Bronx, is home to the borough’s only YMCA, features a renovated greenspace with boat ramps and fishing, views over the water, and gave birth to Jennifer Lopez. Castle Hill real estate is made up of apartment buildings, small multifamily properties, row houses, and single-family residences.

Riverdale is the top selling Bronx neighborhood, with 180 sales closed in 2015, more than double the number of sales of the next-placed neighborhood. This northwest Bronx community borders the Hudson River, and is known for being a leafy suburb which has been attracting Manhattanites seeking country estates for over 100 years.

Throggs Neck is the second most popular real estate market in the Bronx, with sales activity only trumped by Riverdale. A total of 72 residential properties were sold in the neighborhood in 2015. Throggs Neck boasts a wealth of eateries, beaches, and both single-family homes and waterfront condos.

This neighborhood is most famous for its expansive park, and for being home to the #1 PGA ranked and only 36-hole golf course in NYC. At almost 3,000 acres Pelham Bay Park is the largest public park in NYC, and more than 3 times larger than Central Park. Pelham Bay is a mid-range Bronx neighborhood well-known for its 2-story brick homes.

Van Nest recorded just 8 sales in 2015 which is not that surprising given the small size of this neighborhood. In spite of its working class reputation the neighborhood continues to boast a wide variety of interesting architecture, ranging from Italianate to Art Deco.

Once upon a time it was an island. Now Locust Point offers highly sought after single-family homes, and is home to the Locust Point Yacht Club.

Pelham Gardens is a leafy enclave that makes residents wonder why anyone would want to leave the Bronx. It is mostly dominated by brick single-family homes and some small multifamily properties.

For the NYC multifamily sector, the downturn brought on by the pandemic was just another hit to an already cooled-down market. 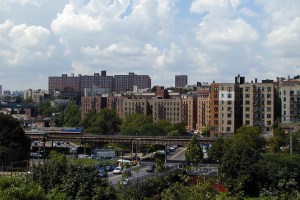