This distinctive Art Deco building has been completely reborn as a commercial, retail and business hub. A fitness facility and a restaurant with outdoor seating, part of the city’s efforts to expand its existing Passaic Bistro District, occupy the bottom three floors. The Passaic Board of Education has moved from its former location in the Passaic High School into six of the office floors. This move has not only freed up needed teaching space at the high school, it has brought new jobs, along with the associated foot traffic and commerce, to the heart of the city’s downtown.

In addition to the building itself, the project also includes the development of a small plaza area next to it, named the Dr. Joseph Buga Parque in a nod to the longtime director of the city’s Enterprise Zone and to the city’s large Latino population. 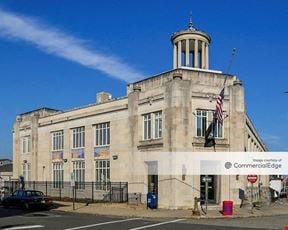