The facilities in the J1 class comprise theater-type buildings with a seating capacity under 400 seats. NYC has 12 buildings in this category, 5 in Manhattan, 5 in Brooklyn, 1 in Queens and 1 in the Bronx.

Dumbo / Vinegar Hill / Down Town Brooklyn / Boerum Hill (Brooklyn) have 2 buildings in the J1 class, Hamilton Heights (Manhattan) also has 2, and West Village (Manhattan) 2. Other neighborhoods feature only one building in the J1 class. 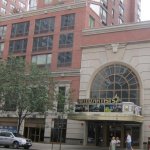 Theater-type buildings with a seating capacity over 400 seats form class J2 of buildings. There are 7 buildings in this class in NYC, 4 in Manhattan, 2 in Brooklyn and 1 in the Bronx.

The division by neighborhood looks as follows: 2 class J2 buildings can be found in Central Harlem South (Manhattan) and 1 each in Morrisania / Melrose (the Bronx), Flatbush (Brooklyn), Lenox Hill (Manhattan), Hudson Yards / Chelsea / Flatiron / Union Square (Manhattan), and North Side /South Side (Brooklyn). 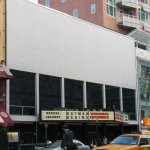 Class J3 consists of motion pictures theaters that feature a balcony. NYC has 8 such buildings, half of them being in Manhattan, 3 in Brooklyn and 1 in the Bronx. 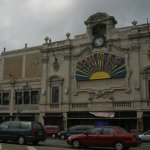 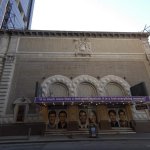 Class J5 comprises theaters located inside buildings that have a different use. Out of 19 theaters in the J5 class throughout the entire city of New York, 17 can be found in Manhattan and 2 in Brooklyn. 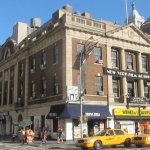 The buildings in the J6 class are television studios. More than half of them (57%) can be found in Manhattan, while 21% are in Queens. Brooklyn (18%) is in the third place.

The spread of J6 facilities by neighborhood is as follows: Lincoln Square (Manhattan) and Clinton (Manhattan) are the neighborhoods with the highest density of buildings this class, followed by Hunters Point / Sunnyside / West Maspeth (Queens), Greenpoint (Brooklyn), and Astoria (Queens). 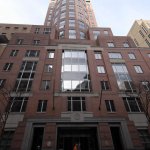 The neighborhoods with the greatest density of off-Broadway-type theaters are East Village, Clinton and West Village in Manhattan, and Bensonhurst East in Brooklyn. 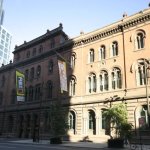 The installations in the J8 class are theaters with multiple screens, usually specially designed for this purpose. There are 18 such theaters in New York City, the greatest density appearing in Queens (40%) and Manhattan (33%). Following these, with a more reduced density of buildings in this class, are Brooklyn (17%), and the Bronx and Staten Island. The last two feature only 1 multi-motion picture theater each.

The neighborhoods with the greatest density of buildings in the J8 class are Astoria (Queens) and Forest Hills (Queens). Areas with only one multi-motion picture theater are Ridgewood (Queens), Midtown and Midtown South (Manhattan), Clinton (Manhattan), College Point (Queens), and others. 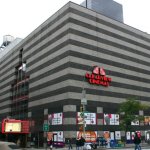 Class J9 comprises miscellaneous theater buildings. Manhattan features 49% of all J9 installations. Brooklyn is in the second place (41%) and Queens is in the third place (10%).

Greenpoint (Brooklyn) is the area with the highest density of theater buildings in the J9 class, followed by Clinton (Manhattan), and Hudson Yards / Chelsea / Flatiron / Union Square (Manhattan). Get one comprehensive property report for free and preview how our tools can make your work easier.