The tiny house movement has gotten a lot of attention in recent years as a way to save money, reduce stress and lower your environmental impact. However, the concept is hardly new. NYC has had tiny homes, called Single Room Occupancy apartments, since the Great Depression. With space in denser cities coming at premiums, they’re an attractive option for those whose main priority is location. Yet, fitting your whole life into 500 square feet is not for everyone, especially if it’s not just you.

Smaller home sizes in general seem to be gaining traction, even in more spread-out cities like Phoenix, where 66% of apartments completed were under 1,000 square feet. So, we looked at home sales volume, median sale prices and apartment completions from the top-10 cities by population in the country to determine if this is an actual trend for buyers and renters or more of a niche concept.

Not a Lot of Buyers 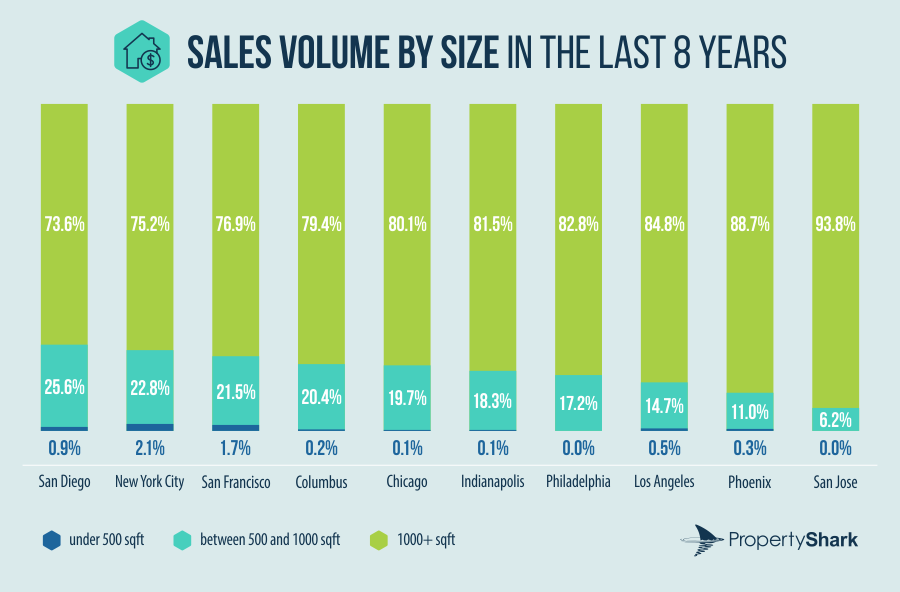 It may seem that denser cities would naturally attract more tiny homes, but that’s not necessarily the case. NYC and San Francisco may have had the highest amount of tiny home sales of the cities we looked at, but similar cities, like Philadelphia and Chicago, had hardly any. Meanwhile, Columbus and Indianapolis, which are far less dense, had more than Philadelphia and Chicago. Still, these differences are barely a blip on the radar of the total home sales in these cities. Based on this data, tiny homes don’t appear to be an attractive option for the average buyer at this point.

Tiny Rentals May be More Popular 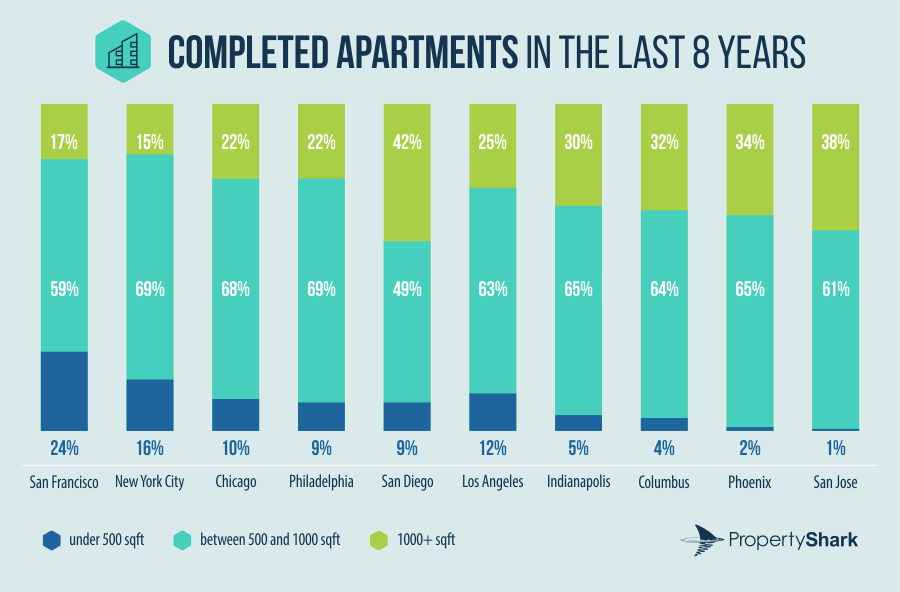 Even with the shift towards smaller homes, tiny homes don’t seem to be making much of a statement in more spread-out cities. . Only 10% of the apartments for rent in Chicago were under 500 square feet. Of the apartments built in San Jose and Phoenix in 2018, less than 2% were under 500 square feet. Chicago and Philadelphia had fewer tiny homes sales than Columbus and Indianapolis, but both Chicago and Philadelphia built about twice as many tiny home rentals in 2018.

Getting Less for More

Looking at prices, there was no surprise to see that rental prices have been increasing slightly faster than sale prices across the country, but there are large differences from place to place. Median home prices in Phoenix registered a 12% annual increase over the last eight years while annual rental increases were under 7% over the same period. 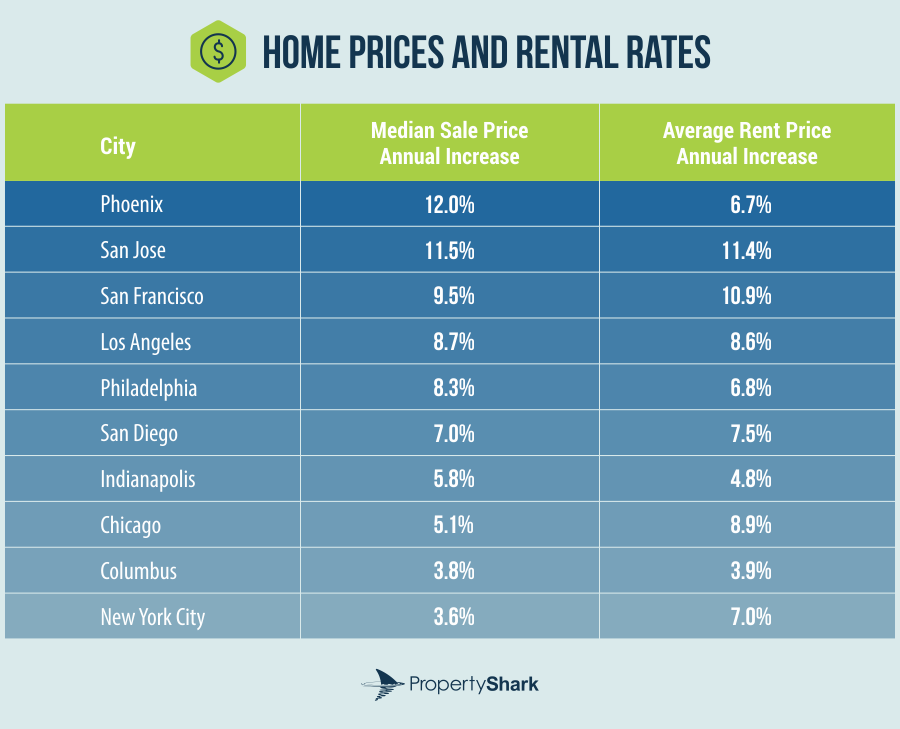 NYC is on the opposite end of the spectrum. Over the last three years, NYC has posted a 7% annual rental rate increase, almost twice the growth rate of median home prices. So, while prices nationally are increasing at relatively the same rate, there are clear regional differences at both extremes. Given this trend, it should come as no surprise that smaller spaces are becoming more popular with rental homes.

A rising tide lifts all boats, and the same price that could be paid for 1,500 square feet eight years ago may now only buy 900 square feet.

Great for the Rental Market

All this information indicates that tiny homes aren’t typically desirable for long-term residents. They’re best suited for young professionals and students who prefer renting over buying, which allows them to be in central locations, close to work and entertainment, without incurring exorbitant rental rates or the costs of car ownership.

A prevailing theory is that tiny homes can aid in the housing crisis for low-income households. However, most low-income households are families with children, and the smaller spaces aren’t very practical. Additionally, due to the increased number of fixtures, they typically have the most expensive price per square foot among all apartment sizes.

While the concept is trendy, it’s hard to know if it will really take off in the near future. For now, most developers are taking a “wait-and-see” approach until the direction is clearer. What’s likely to happen is a slow peppering of micro units into existing and future developments. Either way, it’s unlikely that tiny homes will become a major trend anytime soon.

Cambridge, Mass., overtook top destinations in California and New York City to become 2021’s most expensive submarket for office space. The boom experienced by the life sciences sector in recent years has likely contributed to this development, as several high-profile office sales in the Boston metro were tied to life sciences landlords.