Given the fact that the number of scheduled foreclosure auctions has decreased significantly due to the ongoing bank moratorium, we thought it might be a good idea to take a look at the lis pendens trend. Apparently the number of pre-foreclosure filings is also trending downwards, reaching a 2-year low in October 2011.

With 262 properties in lis pendens in October 2011, Queens comprised over 37% of pre-foreclosure filings in New York City, followed closely by Brooklyn with 229 properties (32%).

Note: Data refers to unique properties by quarter that received at least one lis pendens filing. Properties included in the analysis were single-family homes, condo units and two-family dwellings.

Home sales in the Bronx down by a quarter, but the borough sees second largest condo sale ever

After the expiration of the foreclosure moratorium, cases are starting to appear in NYC, with Brooklyn claiming 40% of the city’s 87 cases. 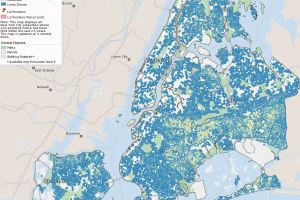