The housing market across America has been accelerating over the past few years, and most cities have managed to pick themselves up and thrive after the recession of the last decade. The other side of the coin, however, shows a harshly competitive urban landscape where new-comers and long-time residents race neck and neck for a place to live in their city of choice.

People in some demographics have a tougher time finding a home than others, though. Being single and looking to live independently limits your choices, that’s simple math, but being a single woman can make matters worse.

Despite much controversy on the issue, study after study has shown women earn significantly less than men, no matter the industry or education level. Likewise, annual incomes are also lower for women, according to the Census Bureau. So when it comes to housing, the largest monthly expenditure, the income gap can potentially translate into a housing gap – making it disproportionately harder for women to afford living alone.

Can we see this taking place in today’s major residential markets? And if so, what’s the extent of the housing gap? This is what we set out to discover. Together with our sister company RENTCafé, we gathered data on home prices and rents across the 50 largest cities in the US and compared them to the average incomes of both genders in each city.

Based on the industry’s rule of thumb that no more than 30% of monthly income should go to either mortgage payments or rent, we labeled each city as either housing-friendly or unaffordable to single men and women. We also narrowed our definition of “home” to include only starter units – studios and one-bedroom rentals, condos or houses, as larger homes are beyond the budget of all singles almost everywhere we looked.

What resulted was a rather bleak picture of the urban housing market for all single people, but especially for women. With single women’s median income considerably lower than that of men in all the cities we looked at, and the trend of real estate prices out-pacing income gains in recent years, there are a host of cities that are now effectively out of the reach of potential female buyers and renters.

To see a full visual of how all the cities fare in terms of both the home-buying and rental markets click here.

9 cities keep single ladies off the home buying market, but not men

Women still make far less than men in all the cities we looked at, so as home prices rise in urban American, single women are the first to get priced out of the market. Below, we’ve highlighted the 9 cities that are now too expensive for single women to buy an apartment in, but not for single men. Should the price growth keep ahead of incomes, though, men too will likely find themselves priced out of these cities.

Several cities in Texas have managed to stay affordable to both genders despite the rapid growth in demand and prices of the last few years.  Houston and Fort Worth, however, are not among them – women have been left out of the home buying market in these two cities, but men can still make the average monthly payment on a small apartment. For a city like Houston – that’s already struggling with rising unemployment and a possible recession – the rising home prices leaving women behind spell out a drag on the city’s future growth.

In contrast, California is a sea of unaffordable urban homes for both genders. One notable exception is Sacramento, where single men would need to spend “only” 25% of their monthly income on the bank payment for an apartment, while the average woman makes less than what she needs in order to secure a bank loan for a new home.

Despite reports on the market in Chicago claiming homes are undervalued and prices are far below incomes, our study found that this does not hold true for both genders. In fact, it is out of the reach of most women to live independently in a home they own. However, it’s not that cheap for men, either, as they spend 27% of their income on mortgage rates, on average.

In the two largest cities in Tennessee – Nashville and Memphis – and in Denver, single men already feel the burden of housing on their budgets, spending close to 30% on monthly payments, while for single women the typical one-bedroom is already out of reach. The Nashville market has experienced strong gains in 2016, with prices showing no signs of slowing down according to the Nashville Post, putting more pressure on would-be buyers of both genders looking to settle in the city.

Among these 9 cities, the biggest difference in the average income between genders was seen in Houston, Fort Worth and Seattle, ranging from 70 to 73 cents on the dollar for women compared to men. Since single men already spend over 20% of their monthly income on mortgage payments, this difference alone is enough to explain why these cities are now unaffordable to single women. Notoriously competitive markets like Manhattan, Boston, Miami and most of California have long priced the majority of their residents out of the home market. The monthly payment on a one-bedroom in these hot spots now far exceeds 30% of the average incomes of both single men and single women.

Once again, Manhattan and LA are in a league of their own in terms of mortgage cost – it actually takes more than the entire monthly income of a single woman to cover the mortgage on a small apartment in these cities, and close to a man’s full salary to do so. Elsewhere, things aren’t much better; for example, the average mortgage payment in Boston or San Francisco would take up over 90% of a woman’s income – and 85% of it in Miami.

Home prices in Washington, Philadelphia and Portland may be significantly lower than in other cities on the two coasts, but here too single residents of both genders now earn too little to be able to afford the average one-bedroom on their own. As for the South, the largest cities to become unaffordable for the single population are New Orleans and Austin – the latter, the only Texan city too expensive for men to buy a home in, by a landslide. Curious to see which of these cities are the least affordable for single women looking to buy a home? Take a look below:

The best cities to buy in for both genders

There’s also good news out there. In just over half of the cities we analyzed the average one-bedroom or studio apartment is still affordable for single people of both genders. Even pricey California offers would-be home buyers a refuge in Fresno, where both men and women would have to spend less than 20% of their monthly income on mortgage – a rate unheard of elsewhere in the state.

Urban Texas fares pretty well, by comparison. Mortgage payments on small apartments in Dallas, El Paso, San Antonio and Arlington are within budget for single-person households. However, home prices in Texas have been rising fast over the past year, and Dallas is starting to look extra-costly for single women, who currently have to pay an average of 29% of their income if they wish to own a one-bedroom or studio apartment.

Some of the lowest costs of housing can be found in Wichita and Indianapolis – single women here pay an average of 10% of their income on mortgage. Several other Midwestern cities give a green light to single women buyers – Minneapolis, Omaha, Kansas City and Columbus – as do Baltimore, Virginia Beach and Jacksonville on the East Coast.

Atlanta remains affordable to both genders, though barely – women pay a full 30% of their income on mortgage. However, the pay gap here is wide, with women making $10,000 less than men on average.

Las Vegas and the three largest cities in Arizona – Phoenix, Tucson and Mesa – also score well on gender equality, and have home prices that are balanced with the income levels of both men and women. As elsewhere, though, the larger the city the higher home prices go, while income doesn’t rise as fast – therefore, residents of Phoenix and Las Vegas pay proportionally more on housing than those living in smaller cities, whatever their gender. One finding of our joint study with RENTCafé reinforces what’s becoming the norm in America: it is much harder for the average person to rent a home in most of these cities than it is to buy – and singles are no exception. Provided that they manage to save up for the down payment, single men can afford to pay the mortgage on a typical one-bedroom apartment or studio in 35 of the 50 cities we analyzed. When it comes to renting, however, men can afford to rent the same type of apartment in only 18 cities.

For the female single population, it’s in fact much worse. Only 2 of the 50 cities – Wichita, KS and Tulsa, OK – haven’t locked women out of renting a one-bedroom on their own. Apartments for rent in Sacramento, Seattle, or Chicago are too expensive for either genders to rent. And in one final bout of irony, the only cities where rents are cheaper than mortgage payments – Austin, New Orleans, San Francisco, LA and Manhattan – are also too expensive for singles to buy OR rent in, anyway.

Read the full scoop on the renting gender gap over at RENTCafé and find out how rents fare in your city.

See below how all cities in our study fare in terms of mortgage and rent affordability, for both single men and single women:

Home prices were based off of median asking prices for starter homes (studios and one-bedrooms). Average monthly payments were calculated on the assumption of a standard 30-year mortgage, with a 20% down payment and a fixed yearly interest rate of 4%. We defined affordability in the starter-home market based on the industry standard that sets the upper limit on monthly mortgage payments at 30% of monthly income. Everything above this threshold was labeled unaffordable.

Median rents on starter units in each city were compiled by RENTCafé using data provided by sister company Yardi Matrix – an apartment market intelligence source which researches and reports on all multifamily properties of 50+ units across 124 markets in the United States. Rental rate coverage is for market rate properties only. Fully affordable properties are not included in the Yardi Matrix rental surveys and are not reported in rental rate averages.

Data on median incomes for men and women comes from the US Census Bureau database for 2015.

We analysed the top 50 largest cities in the US, excluding St. Louis where we had incomplete data on rents and home prices.

Yardi Systems announced today that it has acquired PropertyShark, creators of PropertyShark.com, the premier real… What are the most common home owner names in the U.S. — and is yours… 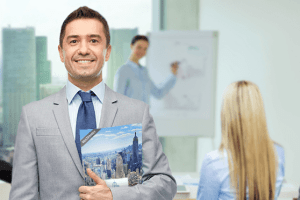 Are you constantly seeking to strengthen and refresh your real estate marketing strategy? Then you… Our friends from Rent Cafe, one cool online apartment renting place, are letting us know…