SoCal’s real estate market has been recovering quite effectively since the recession, with median home prices hitting new highs – Los Angeles County and Orange County home prices are up 5.5% compared to the year-ago figure. Sales volume also expanded, registering an 8.2% bump in LA County and 7.3% in The OC. In fact, low housing inventories coupled with ever-growing buyer interest are pushing prices into dangerously unaffordable territory in some areas across Southern California. With its commercial real estate market booming and apartment rents at an all-time high, Southern California’s real estate landscape is one of dynamic activity and sky-high prices.

But California’s appetite for pricey real estate is well-known – The Golden State boasts no less than 72 of the country’s top 100 most expensive zip codes in 2016. Home to about 60% of California’s population and globally significant cities such as Los Angeles and San Diego, Southern California lays claim to a sizeable portion of the state’s and the country’s priciest zips.

As such, Santa Monica’s 90402 is not only Southern California’s most expensive zip code, but also the 5th most expensive zip nationally. At a median sale price of $3.4 million, very few places in the US can boast higher home prices than 90402. Encompassing scenic, pricey neighborhoods such as Santa Monica Canyon, La Mesa Drive and North of Montana, it’s no wonder 90402 is Southern Cali’s priciest zip.

What draws deep-pocketed buyers to this area is not just a bevy of luxurious real estate – although streets like Gale Place and Foxtail Drive contain some of the most pricey and stylish estates in California. 90402 is a popular zip code for the rich and famous – musicians, actors and models are regularly seen out and about in this pricey zip, with the iconic Santa Monica Steps a popular spot for catching sweating celebs out on their daily workout.

But it’s not just movie types that are attracted to this pricey zip code. 90402 is a family-friendly area as well, with Canyon Charter School regarded as one the most prestigious elementary schools in the L.A. area, while the streets around Georgina Avenue and 16th Street are notorious for epic Halloween trick-or-treating.

At a median sale price of $3,336,000, Beverly Hills’ iconic 90210 is Southern California’s 2nd most expensive zip. Made globally notorious by the eponymous show, 90210’s popularity and attraction have not faded since the ‘90s. Beverly Hills continues to be an area of extreme affluence, expensive real estate, paparazzi swarms, unparalleled shopping and some of the most exclusive plastic surgery clinics in the world.  90210 also ranks as the 7th most expensive zip code in the country.

Yet another iconic California destination, Newport Beach grabbed 5 spots among SoCal’s 50 priciest zip codes, including the region’s 3rd most expensive zip code with 92662. Nationally ranked as the 14th most pricey zip, 92662’s median sale price for 2016 clocked in at $2,625,000. Covering only Balboa island, this is the smallest zip in Newport Beach – and one of the most high-end places to call home. The man-made island is home to jaw-dropping estates, stylish waterfront boutiques, and a varied food scene.

Sold back in August 2016, 10236 Charing Cross Road is the globally notorious L.A. residence of Playboy magnate Hugh Heffner. Originally listed for $200 million, the sprawling, over-the-top Playboy Mansion was purchased by Daren Metropoulos, heir to a billion-dollar fortune. Covering 5 acres in L.A.’s Platinum Triangle, the 12-bed, 20,000-square-foot Playboy Mansion comes with a wine cellar, a tennis court, and the swimming pool with its famous grotto, a home theater and a 4-bed guest house. The residence, which will continue to be the home of previous owner Hugh Heffner for his lifetime, is also one of the very few L.A. private residences with a zoo license.

Also sold for a dizzying $100 million, 301 N Carolwood Drive, Los Angeles is a 10-bed contemporary estate with epic views. Originally listed for $150 million, the luxurious home was purchased by billionaire Tom Gores in October 2016. The 30,000-square-foot property comes with 20 baths, a 10-car garage, a basketball court and a heated indoor pool among its many high-end amenities.

Check out the most expensive zip codes in Southern California below:

In order to determine which were the most expensive ZIP codes in Southern California, we looked at all residential transactions closed in 2016, taking into account condo, co-op, single- and the two-family homes. All package deals were excluded.

The Most Expensive Homes for Sale in Montana

Eliza Theiss is a senior writer reporting real estate trends in the US. Her work has been cited by CBS News, Curbed, The Los Angeles Times, and Forbes among others. With an academic background in journalism, Eliza has been covering real estate since 2012. Before joining PropertyShark, Eliza was an associate editor at Multi-Housing News and Commercial Property Executive. Eliza writes for both PropertyShark and CommercialEdge. Reach her at eliza.thei[email protected]
More 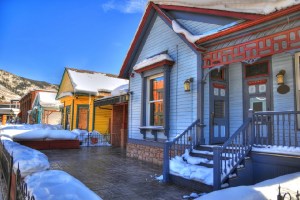 Quick facts: Villanova’s 19085 is Pennsylvania’s #1 most expensive zip code Philadelphia and the Philadelphia…