To better understand how the Newark residential market has evolved in the last five years, we analyzed all residential transactions to close in the city during the first three quarters of 2012 and compared them to sales closed in the first three quarters of 2017. As a result, we discovered which of the city’s neighborhoods had the most accelerated growth in prices during this interval.

Read on to find out which are the five Newark neighborhoods to see the highest increases in median home prices compared to 2012: 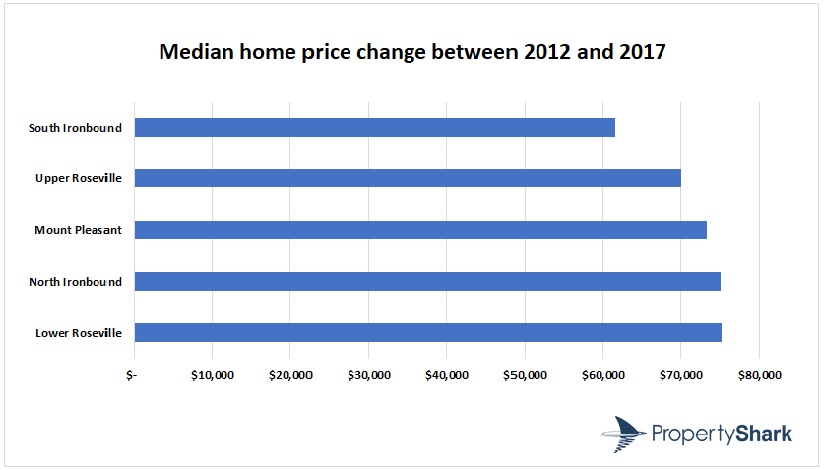 Located in the historical West Ward neighborhood and ranking first on our list, Lower Roseville is Newark’s fastest-rising neighborhood compared to 2012. The median sale price here increased by $75,100, and reached $165,000 at the end of Q3 2017.

This 2,848-square-foot home at 237 5th Street in Lower Roseville is living proof of how the market has grown in the area. The five-bedroom property features an asking price of $158,000, and offers easy access to public transportation, restaurants, and shopping centers.

The second spot is taken by the North Ironbound neighborhood. Nestled along the Ferry Street commercial corridor, the neighborhood saw median sale prices soar at the end of Q3 2017, reaching $260,000. The 41% increase in median home prices makes North Ironbound one of the most expensive neighborhoods in Newark.

Located at 411-419 Chestnut Street, this two-bedroom condo is a fitting example of what the North Ironbound market has to offer. Bright and spacious, the condo has two full bathrooms, plenty of natural light, and features an asking price of $265,000.

Take a look at this cozy single-family home at 204 Garside Street. Featuring an asking price of $149,000, the 768-square-foot property is part of a duplex construction and comes with its own yard.

Landing the fourth spot on our list is Upper Roseville, where the median home price increased by $70,000 compared to 2012. The neighborhood is one of Newark’s most expensive, fetching a median home price of $240,000 at the end of September 2017.

Located at 157 1st Avenue West, this four-bedroom home depicts the Upper Roseville housing market quite well; built in a Colonial style, the spacious property has an asking price of $229,000.

Built in 2005, this large home at 190 Emmet Street is a fitting example of what the South Ironbound housing market has to offer. The ample eight-bedroom, five-bath home has an asking price of $250,000.

Compared with 2012 figures, West Side and Vailsburg are among Newark’s worst-performing neighborhoods. However, even the slowest neighborhoods in Newark have seen a visible growth in median sale prices.

Taking a downturn, Lower Clinton Hill is the only neighborhood on our list where home prices have dipped compared to five years ago. The median home price sunk to $165,000 in September 2017, $6,250 below the median price recorded in 2012.

Check out the table below to see how Newark median sale prices fluctuated compared to 2012, in all the neighborhoods we looked at:

Methodology: To determine which are the fastest-developing neighborhoods in terms of home prices, we looked at all residential transactions closed between January 2012 and September 2012 and compared them with the figures from January 2017 to September 2017. We considered condos, co-ops, and single- and two-family homes. All package deals were excluded. 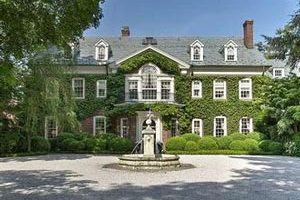