Connecticut’s real estate market continued to perform modestly throughout 2017, although real estate indicators showed markedly more positive signs than during the year before. While 2016 saw prices dip, 2017 brought modest price gains, with December figures up 1% for single-family homes and 0.9% for condominiums, per the Connecticut Association of Realtors (CTR).

When it comes to Connecticut’s 50 most expensive zip codes, however, The Constitution State saw medians grow in 25 zips, while 5 zip codes maintained year-ago figures. Furthermore, 10 new zips made it into our top 50, and only one zip code – 06777 in New Preston Marble Dale – experienced double-digit price reductions. On the other end of the spectrum, 8 zip codes saw their medians grow by double-digit percentages.

Greenwich was also the setting for Connecticut’s largest sale in 2017. Trading hands in late November, 9 Sabine Farm Road, Greenwich fetched $25,000,000 in zip 06831, the #8 most expensive in the state. The 19.5-acre farm was initially listed for $31.5 million by hedge fund billionaire Stanley Druckenmiller, after picking up the property for a reported $23 million back in 2004, per  Greenwich Time.

Check out Connecticut’s top 50 most expensive zip codes below:

Methodology:  In order to determine which were the most expensive ZIP codes in Connecticut, we looked at all residential transactions closed in 2017, taking into account condo, co-op, single- and the two-family homes. All package deals were excluded. 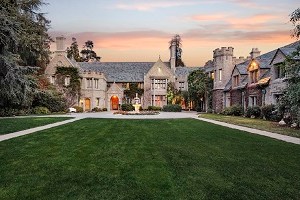 Quick facts: Sagaponack’s 11962 (in the Hamptons) and Atherton’s 94027 retain their top positions as…