Not only does Manhattan have some of the most expensive real estate across the entire nation, but in certain exclusive spots you must pay extra on housing to enjoy the area’s unique perks. From the impressive waterfront views of TriBeCa to the artsy streets of SoHo, a handful of locations in NYC feel very distinctive, but by far Central Park is among those that truly stand out.

Still intrigued by the Central Park effect, we decided to take a closer look—again—at how much money people are willing to pay to live on the outskirts of one of Manhattan’s most iconic locations. We ran the numbers and calculated the median home sale price for every neighborhood bordering the park. We then delimited the first row of blocks and calculated their median sale price to see just how big of a difference in prices is there between bordering blocks and bordering neighborhoods. Only condo and coop units were included in our study.

Take a look at the key findings of our research and read on to see the full breakdown of neighborhood prices and condo and coop unit comparisons.

*For 2018, only sales from January to August were included.

We also looked at historical median sale prices, from 2013 to 2018. Even though overall neighborhood prices were lower in 2013 and 2014 compared to 2018, prices for units just across Central Park were still around $1.4 million and $1.5 million. At the time, there was a 64% and 65% discrepancy between neighborhood and front row median sale prices.

Condos along NYC’s biggest patch of grass reached peak pricing in 2015, when median home sale prices reached almost $1.8 million—a $758,469 difference compared to the median of the bordering neighborhoods. The reason behind this spike was mainly due to the large number of pricey sales closing near the park that year. Out of the total 680 units trading, 134 went for more than $5 million, and 336 sold for $2 million or more.

Sales data as of August 2018 shows us that the priciest area just across Central Park in Upper East Side is in Lenox Hill. Units in the first row of blocks in Lenox Hill go for a median of $2.3 million, the entire neighborhood’s median being $1,190,000—a staggering 93% difference. A total of 848 units changed hands between January and August, with 77 transactions in the buildings near the park.

Carnegie Hill recorded 328 sales, of which 108 were in the park-premium block of the neighborhood. The 108 units traded for a median of $2.2 million, $408,314 more compared to the entire neighborhoods median.

In Upper West Side, there’s only a 13% difference between condos located just across the park and the neighborhood’s median. The median home sale price in the first row of blocks is a little over $1.4 million, and as of August 2018, 207 units were sold.

Coop Units or Condos? Which Are More Expensive in 2018?

If you bought a coop unit next to Central Park, chances are you paid more than those who bought condos. Between January and August 2018, coops traded for a median of $1.5 million in premium locations and condos for $1.3 million. Looking at the neighborhoods as a whole, condos were more expensive, selling for almost $1.5 million and coops for $915,000.

Historically, almost the same trend applies from 2013 to 2018, with just an exception: in 2013, neighborhood prices for coops were higher than condo prices.

As far as overall prices go, differences between the first row of blocks and neighborhood prices isn’t as extreme this year as it was in previous years. This is partly due to the fact that prices for condos and coops bordering Central Park have been decreasing, while overall neighborhood prices have been growing.

Take a look at our interactive map below:

Only coops and condo units were included, excluding package deals.

For 2018, sales between January and August were included. From 2013 to 2017, yearly sales were considered. Some of the numbers were rounded up or down, for a cleaner presentation. 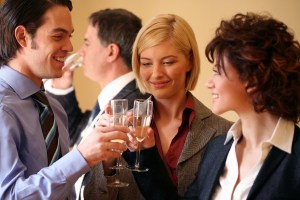 The event will be held on Wednesday, June 5th, at the Vermilion restaurant, in Manhattan, starting from 6 p.m. Admission is free for all those who register in advance.

New York City may be revered as the real estate mecca of our planet, but…