Google is growing its NYC footprint with a 1.85 million square-foot office expansion, enough space for more than 12,000 additional employees, reported the Wall Street Journal. The majority of the expansion would be at the planned St. John’s Terminal in the West Village. Alphabet Inc., Google’s parent company, is close to a deal to purchase or lease the 1.3 million square-foot project.

Slated for a 2022 completion, St. John’s Terminal will bring 1.3 million square feet of class A office space to the West Village, one of the most expensive residential neighborhoods in the city. West Village median home prices are off their 2015 highs of $1.38 million, down 9% to a current $1.26 million.

The Impact on Property Values

This may further boost housing prices in the neighborhood, similar to when it moved to Chelsea in 2006. Median home prices have been increasing steadily in Chelsea, reaching $1.26 million in 2018, a 23% increase year-over-year.

At $3.5 million, TriBeCa’s median home price dropped 30% compared to year-ago figures. Last year represented historic highs of $4.57 million for this neighborhood. Comparatively, at $2.99 million, SoHo experienced a less dramatic drop of 14.5% from its 2016 highs of $3.44 million.

Google’s move is part of a wider trend of tech companies expanding beyond the West Coast. While smaller tech companies are in search of lower costs and high quality talent, targeting markets like Austin, Raleigh-Durham and Orlando, tech behemoths such as Amazon and Google are choosing more prestigious locations like NYC and DC. At the peak of the real estate season, it’s a good time to take a look… 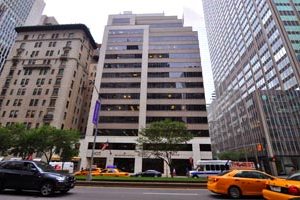