Editor’s Note: PropertyShark is saddened by the loss of life and property caused by the California wildfires. The article below is simply a presentation of hard data and in no way attempts to ignore the devastation that these areas are experiencing.

Ranking the priciest zip codes in the U.S. based on closed home sales

As 2018 slowly comes to an end, it’s time for us here at PropertyShark to release our annual report on the 100 most expensive zip codes in the U.S. Crunching the numbers to figure out which are the most exclusive residential areas in the country has become a tradition for us, as this is the only national ranking of zip codes based on actual closed sale prices, and not asking prices.

We consider this methodology to be the most accurate benchmark of the country’s most expensive areas, as it allows us to precisely rank highly competitive markets where bidding wars push the sale price far above the initial asking price. At the same time, it also means that ultra-luxury listings that stay on the market for extended periods of time and sell with substantial price cuts don’t skew rankings either.

Missing from last year’s ranking due to low sales activity – registering only four transactions –, Boston’s 02199 comfortably settled as the 3rd most expensive zip code nationwide in 2018. The Prudential Center area of Back Bay posted a $4,772,500 median sale price for the current year, significantly higher than the last time this exclusive zip appeared in our top. That was in 2016, when 02199 narrowly missed out on a top 10 ranking, landing on #11 with a median sale price of $2.8 million thanks to a handful of high-priced condo sales.

With a $5.5 million median sale price positioning it as the 2nd most expensive zip code in the U.S., Sagaponack’s 11962 also represents a comeback. While the pricey New York enclave ranked as the #1 most expensive zip code in the nation back in 2016 with a $5.5 million median, 2017 saw the Suffolk County zip slide to #15 with its median slashed to $2.82 million. As such, 2018 brought Sagaponack a spectacular 95% year-over-year increase in its median sale price.

Located just 20 minutes from the headquarters of tech giants like Tesla, Google and Facebook, it isn’t surprising that Atherton’s 94027 remained the most expensive zip code in the U.S. It’s news to no one that Silicon Valley is home to some of the most expensive residential real estate in the country – or world, for that matter.

However, it’s not just about how pricey zip codes here are. It’s also about just how much of Silicon Valley ranks among the most exclusive zip codes nationwide – no less than 30 zip codes from the world’s tech epicenter made into our top 100 in 2018. But it’s not just Silicon Valley that is extremely expensive – real estate prices all across California are some of the highest in the country. In fact, the Golden State contributed 82 zip codes to PropertyShark’s 2018 top 100.

Other California superlatives? Los Angeles County has the highest number of pricey zips of any county in the nation with 19 of its zip codes appearing in our list. L.A. County is followed closely by Santa Clara County, with 17 zips. Both counties saw the number of zip codes increase compared to last year. Meanwhile, with six entries, the City of Los Angeles ranked as the city with second highest number of pricey zip codes.

NYC vs. San Francisco: the cities of expensive zip codes

On a city level, San Francisco lead nationally with 9 zip codes in 2017. This year, San Francisco is tied with NYC for the city with the highest number of zips, with each contributing 9 zip codes. However, while San Francisco’s most expensive zip code 94123 is placed 40th, NYC claimed #4 with zip code 10013.

Covering parts of exclusive NYC neighborhoods like SoHo and TriBeCa, 10013 posted a $3.81 million median sale price in 2018. With a 7% year-over-year contraction in the median sale price, 10013 dropped below the $4 million threshold and lost last year’s #2 spot.

Ranking as the 4th priciest zip code the previous year, 10007 also saw its median sale price contract significantly, sliding to #13 in this year. Covering parts of TriBeCa, the Financial District and the Civic Center, 10007’s median dropped from $3.99 million in 2017, to just over $3 million for the current year.

Beyond New York and California, Massachusetts and Connecticut make their mark

Due to a number of ties, this year’s top 100 priciest zip codes contain 117 entries. But with California grabbing 82 spots and New York State 19, what about the rest of the U.S.? While there are plenty of enclaves of affluence outside these two real estate hubs, few zip codes and even fewer states managed to rank among the nation’s most expensive areas.

Massachusetts ranked six zip codes, most notable of which is of course Boston’s 02199, the 3rd most expensive zip code in the country. Massachusetts’ next entry came at #38 with 02543 in Woods Hole. The affluent Cape Cod community posted a median sale price of $2,105,000 and was joined by fellow Cape Cod zip 02554 in Nantucket, with a $1.48 million median. Additional Massachusetts entries came from Weston, Waban and Wellesley Hills, all communities located in close proximity to Boston.

Florida, Maryland, Nevada and Washington State each take one spot

Additional entries came from Florida, Maryland, Nevada and Washington State, each ranking one zip code among the 100 priciest in the U.S. Among these, 33109 in Miami Beach was the priciest as the 10th most expensive zip code nationally. Still, at a $3.25 million median sale price, 33109 experienced a significant price drop compared to 2017. The iconic Florida community ranked third nationally last year, with a median above the $4 million mark.

Methodology: To determine which were the most expensive ZIP codes in the U.S., we looked at all residential transactions closed in 2018, taking into account condo, co-ops, single- and two-family homes. All package deals were excluded. Due to a number of ties, 117 zip codes made it into our top 100 most expensive zip codes in 2018.

13 Marketing Tools Real Estate Agents Should Keep an Eye On 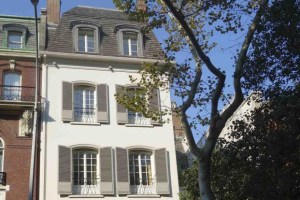 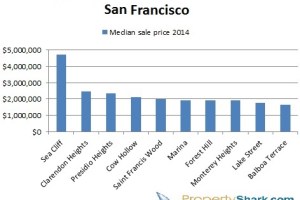