It’s not news that New York remains as popular as ever, with buyer and investor attention also shifting towards the more affluent outskirts. Upstate New York is commanding interest on the market and, given the newly-fueled demand in the area, it has distanced itself from being just an alternative. Since more and more buyers are looking to take their search outside the 5 boroughs, we rounded up the top 50 most expensive zip codes in Upstate New York, based on the median home sale price in 2018.

While both Dutchess and Orange Counties each have 10 entries ranked on our list, it’s Putnam that takes the cake with the top two priciest zip codes: 10516 and 10524. Coming in third is 12874 in Warren County. In fact, the top three entries are the only rankings to break the $400,000 threshold last year. According to Douglas Elliman, Q4 2018 marked the third annual sales increase in Putnam. Although median sale prices saw the seventh consecutive annual increase in the area, the top two zip codes were nonetheless absent from our list of most expensive zip codes in the U.S.

The 10516 in Cold Spring and 10524 in Garrison are quickly followed by Warren County’s 12874 in Silver Bay. Cold Spring offers the possibility of peace and quiet while also being a little over an hour’s ride from Manhattan. In fact, location and easy access to transit hubs remain an essential amenity that has driven up the housing cost in the area to a median sale price of about $500,000. Garrison, with its amazing view of the Hudson River onto West Point, is an option north of Westchester County with zoning regulations designed to protect its rural character. As for Silver Bay, a hamlet about 60 miles north of Albany, the location on the shores of Lake George makes this prime example of Adirondack architecture a contender in the Upstate market.

With 10 ZIPs each, Dutchess and Orange weren’t the only ties in our top. Erie County boasts 6, same as Putnam, with two zips in Buffalo: 14222 and 14202. Buffalo remains a popular city, home to the Tesla Gigafactory 2 and General Motors among other notable companies. Warren County and Saratoga each have 5 zip codes. Besides 12874 in Silver Bay, two other zip codes in Warren County cracked the Top 10: 12814 in Bolton Landing and 12844 in Kattskill Bay. Both communities share views of Lake George. Notably, two zips in Saratoga County had the highest number of sales in Upstate NY. Buyers in Clifton Park’s 12065, voted the most affluent town in the Albany metro area in 2018, had 679 properties trade last year and the 12866 in Saratoga Springs had 553 sales. Landing at the end of our list is 12118 in Mechanicville, also in Saratoga. The small city enjoys a promising business district and had 183 sales and a median sale price of $276,000 in 2018.

Check out the full list of most expensive zip codes in Upstate New York below:

Alexandra is a creative writer and researcher for RENTCafé. With a background in e-learning content writing and a passion for knowledge-sharing platforms, she's covered topics from prop-tech to renters insurance to interior design tips. Very familiar with the renter lifestyle herself, Alexandra enjoys researching and writing about renter demographic shifts and residential real estate market trends as much as she loves writing about how to get along with roommates. You can connect with Alexandra via email. Alexandra’s work includes collaborations with financial and business publications. Her articles have been featured in several national and international online publications, including the New York Times, Barrons, Inman, Forbes, Marketwatch, Bisnow, and Curbed. Her educational background includes a B.A. in Japanese and English and an M.A. in Journalism and Cultural Studies.
More 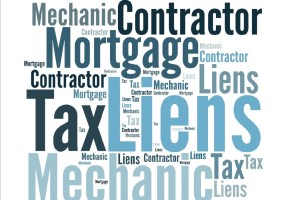 Want to steer clear of properties with a history of liens? Or maybe just to… Will the value of units in Trump-branded buildings rise post-election? The results of a PropertyShark…