MetLife Investment Management — the asset management branch of Fortune 500 financial services company MetLife — has recently announced the sale of 4600 S. Syracuse, a 304,059-square-foot office space in Denver. The purchase was made by a joint venture between Miller Global Properties and Principal Real Estate Investors and landed MetLife — which, like many other financial and insurance companies, still has a work from home policy in place — $74.3 million. Mesa West Capital provided an acquisition loan totaling $59.3 million for the new owner.

The property’s class A office space is distributed across 13 floors. According to CommercialEdge data, it was initially built in 1999 on a 10-acre site, and was later sold for $60.8 million in 2001, with renovations completed in 2013. The office tower features 25,000-square-foot floorplates and high ceilings, as well as other recently upgraded amenities, such as a fitness center, a conferencing facility and an atrium. The property also features a 727-space parking garage, with a parking ratio of approximately 4 spots per 1,000 square feet. The occupancy rate stands at 90%, with tenants including Regus, IT company Wolters Kluwer and specialty insurance provider Argo Group.

Situated in the Denver Tech Center in the southeastern part of the Denver metro, the property is located in an area with steady growth, thanks to the tech and communications industries. Plus, the tech hub is connected to the rest of the city through the E, F and R light rail lines, as well as two interstates: I-25 and I-225. The nearby Centennial reliever airport also provides logistical opportunities for companies operating in the area, such as AT&T, Comcast, Boeing, Merrill Lynch and Morgan Stanley, among others.

The CommercialEdge and Buildout partnership is set to boost leads for clients by connecting their huge array of CRE listing sites.

The 21st century is only 20% complete and we’ve already seen multiple unprecedented events — 9/11,… 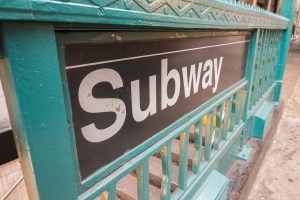 The news of the L-train shutdown caused strong reactions among Brooklyn residents, but not only…