With the COVID-19 pandemic, many have been spending more time at home than ever before. But are US residences providing the necessary space? Which cities are better than others in this regard? Using 2010-2019 U.S. Census data, a recent STORAGECafé report looked at the size of newly built homes in America’s 20 largest cities to see if the housing supply is fulfilling the demands for space.

Overall, new single-family homes offer more space than before, while apartments lag behind — the former gained a bedroom in terms of square footage, while the latter lost one. Since a major help for Americans who lack space at home is self storage, STORAGECafé also looked at the state of self-storage in the country’s top 20 cities.

After the Great Recession, constructors began building larger houses. In 2017, the average single family home size peaked at 2,643 square feet, but then diminished slightly to 2,611 in 2019. This still represents 143 additional square feet since 2010, the size of an extra bedroom. Moreover, these new homes are 18% bigger than housing in the overall inventory .

In many cases the added space went into extra rooms, with 43% of all 2019-built houses having 4+ bedrooms — including the infamous McMansions — up from 35% in 2010. Homes with two bedrooms or fewer have become slightly less popular.

The building of new residential space — and the extent to which this has accelerated in recent years — varies greatly between cities.

Of the 20 largest cities, Chicago builds the largest single family houses with an average of 3,330 square feet in 2019, a considerable 919 square feet more than in 2010. Similar properties in San Francisco, Washington, D.C., and San Jose gained 550, 336 and 325 square feet, respectively. Some cities’ single-family homes actually lost space during this period, with homes in San Diego, Denver and Phoenix diminishing by an average of 259, 197 and 167 square feet, respectively.

Seattleites Most Stranded For Space As Apartments Shrink

Smaller living spaces are a reality in cities where costs are high (and rising), especially with new apartments decreasing in size and the number of rooms trending down. The self storage industry offers a solution by providing space to store belongings at a per square foot price that is a significantly lower than similarly-sized residential space.

The self storage sector has grown exponentially in recent times, with more than 190 million square feet – or 13% of the total self storage inventory – built in the last 5 years.

While newly built Seattle apartments lost an average of 86 square feet since 2010, the self storage industry has been booming. Currently there is about 4.5 square feet of self storage space per Seattleite and residents in need of space can secure a 10×10 Seattle self storage unit $178 per month.

The self storage markets in both New York City and Los Angeles are rather tight and offer less than half that square footage per person, and have corresponding average rates of $225 and $237 per unit. However, in Chicago and Columbus, the same type of unit can be had for just $68 and $69, respectively.

In response to the growing need for housing, 900,000 new single-family homes were built in 2019, compared to around 500,000 in 2010. But the number of newly built apartments was considerably lower at 353,000. Furthermore, inventory restrictions tend to keep prices high, at least for the time being.

With the current economic environment placing increased pressure on many renters and would-be first-time homebuyers, especially in the country’s largest metros, downsizing may be necessary for many urbanites. Additionally, many will move back in with their parents or relocate to lower-density suburbs and smaller metros.

In an effort to support the self-storage industry, STORAGECafé aims to connect self-storage operators with those in search of extra space – the listings website features more than 25,000 self-storage facilities, all across the US. 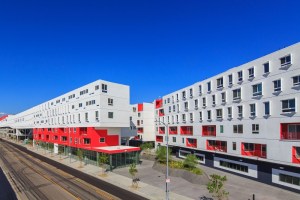 Scientists are working tirelessly on new technologies that help reduce our carbon footprint. Our buildings—especially… 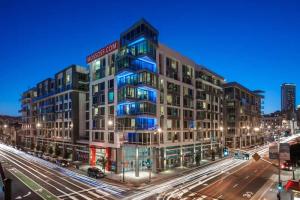