The Bronx real estate market is probably one of the most under-reported among the five boroughs, so we decided to take a look and see how it fared half-year through.

The number of home sales in the Bronx in the first half of the year was the lowest since 2005. Only 667 homes changed hands in the first two quarters of 2011, down 28% from the same period last year and down 61% from their peak in the second half of 2005. The median sale price in the borough was $225,000, down 5% over the same period last year. Despite the drop, prices in the borough have not seen a major decline in the past couple of years and are still above pre-crisis levels.

The Bronx’s most expensive neighborhood is City Island, with a median sale price of $460,000, followed by Country Club ($400,000) and Van Nest – Morris Park ($385,000).  Riverdale, the borough’s best-known up-scale neighborhood, does not make into the top 10. However, if we take out apartment sales from our analysis and consider only single-family homes, Riverdale outranks by a large margin every other neighborhood in the Bronx. Furthermore, 9 of the top 10 most expensive homes closed in the Bronx in the first half of 2011 were in Riverdale.

Top 10 Most Expensive Homes Sold in The Bronx

Home sales activity in the Bronx saw one of the worst performances in the past 6 years with only 352 closed transactions, down 26% over Q2 2011, and down 19% over the same quarter of last year. 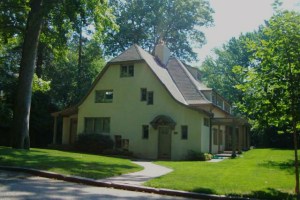