Here’s what happened to the median sale price and the sales volume over all Astoria since 2005:

Ditmars-Steinway is the 5th most expensive neighborhood in Queens

The median sale price recorded in 2015 was an all-time high for Astoria overall, up 38% compared to the 2008 level. The median home prices of Ditmars-Steinway and Astoria Heights-Upper Ditmar both recorded Y-o-Y increases of +20%, but they still maintained a huge difference, registering $794,500 and $360,000 respectively.

The median sale price for the borough was $360,000 and it reached an 8-year high. Check out the 2015 market stats for Queens in our report.

All 5 of the most expensive Astoria properties sold in 2015 were single-family homes and the highest amount ($3M) was paid for 3110 28 Road in South Astoria (lot size of over 10,000 sqft.) The house was purchased as an investment property since recent activity shows that a permit has been filed on November 13, 2015 for a new multi-family dwelling with a total of 18 living units.

Methodology:
* Data is based only on sold residential properties between January 1, 2005 and December 15, 2015
* The building classes counted are single & two family homes, condo and coop units
* The final number of properties sold in 2015 was adjusted. Reflecting the residential market’s city-wide growth in the first quarter of 2016, Queens too has registered… 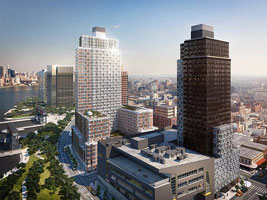 To cut things short, if there’s one thing to take away about real estate in…