Reflecting the residential market’s city-wide growth in the first quarter of 2016, Queens too has registered high transaction numbers (a total of 2,805), 5% more than in the beginning of 2015 . Greater Y-o-Y median price increases occurred with condo and co-op sales (8-9%), but single-family houses still sold for 5% more than they did in Q1 last year.

When it comes to which neighborhoods made the top 25 most expensive list, there is only one real shocker: the absence of Forest Hills Gardens, the priciest neighborhood in Queens last year, which is due to the fact that less than the minimum of 4 sales needed to make it onto our list were recorded here last quarter.

At a glance, the vast majority of neighborhoods on this list were on an upward trend in home prices, and staggering price hikes and high transaction numbers were seen in a handful of rankings. Only 4 neighborhoods recorded drops in median home prices and they were all rather modest (below 10%).

Below are the most noteworthy highlights from our priciest neighborhoods in Queens list. For the full top 25, make sure you scroll down to the end of the article. #1 on our top 25 priciest neighborhoods in Queens this last quarter, the small, upper-middle class Malba offers larger lot sizes and square footage than the adjacent College Point and Whitestone, especially along the waterfront. Sales here are rare and only 5 were recorded in Q1, yet the median home price has gone up a shocking 50% in the course of a year. A similar evolution was seen in Kissena Park, at #2 on the list, a regular among the most expensive neighborhoods in Queens. As was seen in 2015, expensive condos are becoming a trademark of the Hunters Point residential market, now that major new development projects are taking off across the neighborhood. A high percentage of these units will be kept affordable (as reported by Curbed), yet for the ones at market rate, the proximity to Midtown Manhattan and the high demand outpacing new construction will likely continue to drive prices upwards. For last quarter, the Y-o-Y increase in the median home price stood at 15% across the 52 recorded transactions. Former home to a young Donald Trump, this neighborhood has always been wealthy and suburban, so there’s no surprise that it keeps popping-up among the priciest places to buy a home in Queens. Last quarter, 12 homes were sold in the relatively small Jamaica Estates, for a median price close to $800K, 51% more expensive than in the first quarter of 2015. For those who appreciate the suburban lifestyle, Douglaston is a great choice for one of the least urban experiences one can get in New York City. Made up mostly of large single-family homes set against the backdrop of leafy yards and plenty of green outdoor spaces, the neighborhood saw by far the most spectacular surge in prices since the first quarter in 2015, a whopping 80%, and 32 closed deals. Cheaper and more readily accessible for commuters than Douglaston, Whitestone was the Queens sales champion in Q1 2016, recording 90 transactions, at a median sale price that was 41% higher than in the first quarter of 2015. All this was in spite of the community’s push-back against high-density new developments, meaning the market is mostly driven by re-sale houses in this family-oriented suburb.

Here are the stats for all 25 most expensive neighborhoods last quarter in Queens: 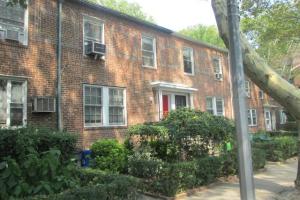 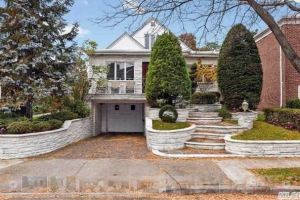 Manhattan – Brooklyn – Queens. The search for affordability has been forcing many NYC home…

NYC renters with “high aspirations” (literally!), we invite you to have a look at our… According to a recent analysis made by Point2 Homes, as of December, 2015, three of…