Based on an annual report from JLL, The Wall Street Journal reports that vacancy rates in New Jersey’s transit hub markets spiked at the end of 2016. However, though vacancy rates went up in these hubs, they still fared better than markets lacking easy access to public transportation.

Transit hub markets are defined by JLL as properties close to a downtown center and near mass transit commuting options. Vacancy rates in these markets were at 16.9% at the end of 2015, and climbed to 19.2% at the end of 2016.

New Jersey’s suburban office markets, located outside transit hub clusters, closed 2016 with a vacancy rate of 26.4%, per the JLL report. The average price per square foot for office buildings situated in more traditional suburban settings rested at $26.02, while transit hub market properties fetched a price of $32.36 per square foot.

Housing nearly 16 million square feet of rentable office space, as per the report, Hoboken and Jersey City are the areas boasting the largest amount of available Class A office space among New Jersey’s transit hub markets. Vacancy rates for Class A space rose to 19% in 2016, while in 2015, the rates stayed below 14%.

However, the overall increase in vacancy is believed to be temporary, as companies are expected to continue to seek out office space in amenity-rich locations with easy access to mass-transit stations.

The Metropark suburban transit hub is one of the most strategic office locations in the state, due to its highway access and commuter rail service via NJ Transit and Amtrak at the Metropark Train Station. According to JLL, Metropark continues to have the highest Class A rental rates on the Central New Jersey office market. Here, the price per square foot was nearly $34 at the end of 2016, compared to $31.55 per square foot twelve months earlier.

Tenant expectations are on the rise

JLL Vice President and Director of Suburban Tri-State Research, Stephen Jenco, stated that “savvy landlords are renovating properties and packing them with amenities.” Jenco added that, at this point, “tenants are not just asking for building amenities, they are expecting them.” So, to attract more tenants, amenities such as food trucks and high-end fitness centers, as well as subsidized ride-sharing programs like Uber or Lyft, are becoming a necessity.

The suburban transit hubs are starting to be an appealing market for investors who want to get back on the office market scene and reap the benefits of mass-transit amenities. The additional vacancies will likely generate momentum for companies actively pursuing prized Class A space close to Manhattan, while the economic incentives will weigh heavily in attracting corporate investment to this market.

The Most Expensive Zip Codes in San Francisco 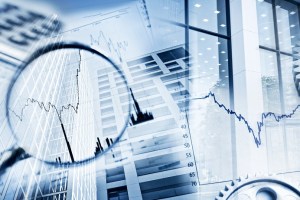 Over the past 20 years, the U.S. economy has been through a boom, a bust,…

REIT CIM Commercial Trust signed a tenant for eight years in one of Austin’s most popular destinations for office space.

Trinity Capital — a lender specializing in loans and equipment financing for growing tech companies — announced a lease for an office space in Phoenix that it intends to turn into its new headquarters.