SL Green, one of New York City’s largest commercial landlords has announced its successful bid for the leasehold interest at 2 Herald Square. The company has also agreed to enter a joint venture with an Israeli-based institutional investor. The owners did not disclose their bid amount.

The 362,191-square-foot Midtown Manhattan office space was previously owned by Sitt Asset Management.  After acquiring a 70-year leasehold in the property in 2007, the Sitt brothers used the asset to secure a $250 million CMBS loan. However, after losing a major tenant following the departure of H&M from the building’s retail roster, the company was unable to pay off or refinance the debt.

SL Green has had its eye on the property for some time. In 2014, the company sold the land under the building to a joint venture between Norges Bank Investment Management and TIAA for $365 million. Last year, the company stepped in and bought the defaulted loan, which at the time of the auction had an outstanding balance of $250.5 million and an accrued interest of $7.7 million.

With years of intense research on the U.S. commercial real estate market at Yardi Matrix, Diana is currently putting her experience to use by writing for several Yardi blogs. She covers CRE investment, job market trends and tech. Her work has been featured in the New York Times, GlobeSt, The Real Deal, NAIOP, MSN and Bisnow.
More 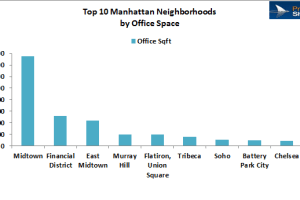 Many events have been cancelled to prevent the spread of COVID-19, and real estate has…

With such a limited listings inventory at your disposal, having to find prospective home sellers…