Despite rising interest rates, both office and retail sales have seen some of the biggest deals of the season in November. Heitman acquired the five-building Campus at Playa Vista for over $320 million, easily the largest office deal of the fall at almost $1,000 per square-foot. Playa Vista has seen quite a lot of office construction in recent years and is a budding tech hub, drawing companies like Fullscreen and YouTube. At 325,000 square feet, this is Heitman’s second SoCal property. They’ve owned the 600,000-square-foot 10100 Santa Monica in Century City since 2001.

On the retail front, LVMH continues to increase its Beverly Hills footprint with the purchase of The Paley Center for $80 million. At a price of over $3,000 per square-foot, it’s almost double what it traded for just four years ago. Earlier this year, LVMH purchased 456 North Rodeo Drive for $110 million. Beverly Hills remains the Mecca of opulence in the U.S. and continues to be popular even as other markets show signs of cooling.

LA’s Luxury Residences Remain Above $2,000 Per Square-Foot for November

Discover some of the best coworking communities at the heart of Silicon Valley! The rise of flexible office space makes San Jose one of the most active markets in the country.

Urban resilience is an increasingly important topic in today’s complex environment. Through the evolution of its real estate market, Los Angeles is an example of urban resilience and adaptability. 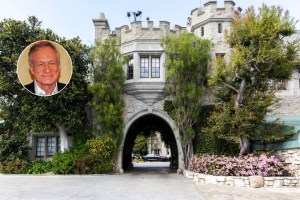 As Nickelback put it, we all want ‘a brand new house on an episode of…

EQ Office, formerly known as Equity Office, has undergone a major rebranding effort and is…