Manhattan’s office market experienced a slowdown in Q2, with year-over-year sales volume dropping 26%, according to the latest report from COMMERCIALCafé. In fact, the nine office deals closed in Q2 amounted to just under $2 billion. Office assets that changed hands during the year’s second quarter encompassed 3.5 million square feet and averaged $556 per square foot. This was 37% lower than the same time last year, and marked the lowest quarterly average price per square foot in five years.

Coworking office space in Manhattan surpassed 16 million square feet in July 2019, reinforcing NYC’s leading position among U.S. markets for the highest coworking inventory, per the report. Although this represents barely 3% of total office inventory in the Manhattan market, it still allowed Manhattan to keep its leading position, which it’s held since 2012.

Two more office properties were added to the total inventory during Q2:

Last year, Google dropped more than $2.4 billion to acquire the 1.1-million-square-foot Chelsea Market building. This May, the tech giant closed on the neighboring Milk Building, with the 325,000-square-foot Meatpacking District expansion costing just under $600 million. Coming in as the largest Q2 office sale on the Manhattan market, the deal worked out to $1,821 per square foot.

For a complete and detailed picture of the Manhattan office market in Q2, read the full report on COMMERCIALCafé. 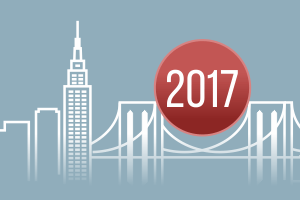 With the perspective of a new year in mind, PropertyShark surveyed its clients, NYC real…

Buying a home is on almost everyone’s bucket list, but as soon as you find… Condos in Trump-Branded Buildings Appreciate by a Rate of 8.2% Each Year; The Average for…