After analyzing the home price evolution along the Bronx’s Grand Concourse, we were curious to see what the price evolution was in Long Island communities outside NYC. To get the most accurate picture of Long Island’s price evolution, we looked at all residential sales closed between 2014 and 2018, in 108 towns and Census designated places (CDPs) located in Nassau and Suffolk counties, excluding all package deals. 2014 median sale prices were adjusted for inflation. For the purposes of this study, Long Island refers exclusively to Nassau and Suffolk counties.

Reviewing the activity in Long Island’s residential market over the past five years, it immediately became clear that the overall market and the upper tranches have been operating under very different market conditions. While sales activity expanded in most Long Island markets – including a whopping 120% in Nassau’s Old Bethpage – the $1-million-and-up category experienced a dramatic slowdown between 2014 and 2018.

Additionally, nearly half of the Island markets that saw their median sale price contract in the past five years are communities with medians above the $1 million mark. By comparison, the overall median sale price for Nassau and Suffolk counties in 2018 was up 12% over 2014.

Between 2014 and 2018, the median sale price increased in 96 of the 108 towns and CDPs we analyzed. The leader of value growth was Orient, with a massive 105% median sale price hike. Residential sale prices appreciated so much, the CDP was pushed into the over $1 million category, posting a 2018 median of $1,316,250 – despite a 29% contraction in sales activity.

The second-highest price increase took place in East Marion, where the median sale price jumped 38% compared to 2014 levels, closing 2018 with a median of $765,000. It was followed by Greenport with an increase of 37%. Similar to Orient, both markets saw sales activity contract between 2014 and 2018 – Greenport closed 13% fewer sales in 2018 than five years before, whereas East Marion sales dropped 35%.

More medians depreciated in Suffolk County than in Nassau

Of the 12 communities where median sale prices underwent negative growth, nearly half were markets that in 2014 posted medians above the $1 million mark. Geographically, two are located in Nassau County and 10 in Suffolk County. As such, Nassau County experienced a contraction in median sale prices in 7% of its markets, whereas Suffolk County saw medians slide in 12% of its markets.

When looking at sales activity evolution, the lower- and mid-range price medians saw the largest gains. Old Bethpage led with a jaw-dropping 120% increase in sales activity, paired with a 28% median sale price expansion over the same period. Its median in 2018 stood at $625,000 with 55 registered sales. Next in line was Sound Beach, which posted a median of $250,000 last year, its 167 sales representing a 109% expansion in transaction activity.

Brookhaven and Mastic also came close to doubling their sales activity with increases of 96% and 93%, respectively. In fact, 85 of the towns and CDPs analyzed experienced ramp-ups in sales activity – 29 of which were up 50% or more. Of the 23 markets where sales activity decelerated between 2014 and 2018, 13 are markets with medians of $1 million or higher.

At the same time, sales activity in luxury markets decreased at an even more rapid rate; only three such markets had higher volumes of transactions in 2018 than they did in 2014. The rest underwent double-digit deceleration, with Sagaponack leading. Home to the the second-most expensive zip code nationally in 2018, Sagaponack saw sales activity drop 62% compared to 2014 levels.

However, the ultra-wealthy enclave’s median gained 11% over 2014 levels – mid-range growth compared to Long Island overall, but in actual dollars, that growth represents more than $650,000. As a result, Sagaponack posted a $5.1 million median sale price in 2018, outpaced nationally only by California’s Atherton with a $6.7 million median.

Water Mill also underwent a noticeable contraction in sales activity, dropping 26%, while its median climbed 32% over 2014 levels. Water Mill posted a median sale price of $2,862,500 in 2018, ranking it as the 17th most expensive zip code nationally with 11976. In fact, a total of eight Long Island communities are home to zip codes that ranked among 2018’s most expensive nationally, including Bridgehampton, Wainscott, Old Westbury, Quogue, Manhasset and Great Neck.

Gains in their respective median sale prices, and downward trends in sales activity seem to be characteristic on the luxury end of Long Island’s residential market, with the exception of Old Westbury and Great Neck, where both indicators surpassed 2014 levels. While Great Neck’s median and sales ticked up 7%, Old Westbury’s median inched up 8% along with a 21% increase in transactions. As such, Long Island’s ultra-wealthy pockets will most likely continue as some of the most expensive residential markets in the U.S.

Check out the table below for the full picture of Long Island’s residential price evolution:

For this study, we defined Long Island as Suffolk and Nassau counties, excluding areas that are located on Long Island, but are part of NYC, i.e. King and Queens counties.

We considered all residential transactions between January 1, 2014 and December 31, 2018 in towns and CDPs located in Long Island’s Nassau and Suffolk counties, taking into consideration single family homes, condo units and co-op units. All package deals were excluded.

We individually calculated the median sale price for each location. 2014 prices were adjusted for inflation using the Bureau of Labor Statistics calculator.

Inclusionary housing areas are designated by the City of New York and promote economic integration by giving out incentives to residential developers in the form of a floor area bonus.

In 2020, Hudson Yards was NYC’s most expensive neighborhood with a $4.5 million median. TriBeCa was next with $3.2 million median sale price – a 3% decrease Y-o-Y. 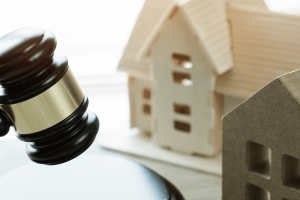 Foreclosure information has to be accurate for any savvy investor in the business, and getting…