In less than 30 days, a joint venture between Wafra Capital Partners and Nightingale Properties flipped the historic Coca-Cola Company Building at 711 5th Avenue for nearly $30 million.

The building’s new owner is SHVO, a partnership between Michael Shvo and Serdar Bilgili. Interestingly, SHVO originally lost out to Wafra in the bidding competition for the property at the beginning of September. However, just before month-end, SHVO resurfaced and paid $937 million for the Coca-Cola Building that Wafra had purchased just three weeks earlier for $909.3 million.

Originally built in 1927, the Coca-Cola Building is home to 313,000 square feet of space—including 56,000 square feet of retail and restaurant space—with tenants such as Allen & Company and Sandler Capital. Deutsche Finance Group and German pension fund BVK provided financing for SHVO, which doesn’t plan to convert the office building to residential use.

Asking lease rates for Class A+ office space in Manhattan jumped 9.5% between August and September, while overall office rents in the market climbed about 5.4% month-over-month. At $82 per square foot for full-service office leases, overall asking rents in Manhattan were 6% higher in Q3 versus Q2 2019, according to the latest report from COMMERCIALCafé.

Part of the reason for rising office rents in Manhattan is that there’s simply less space available.

Between Q2 and Q3 2019, office vacancy declined by 0.5% to 7.1%, while the vacancy rate on Class A+ office space dropped from 7% to 5% over the same quarter-to-quarter period. In fact, vacancy rates in all Manhattan office classes have declined with the exception of Class B space, which rose slightly by 0.3% to reach a 7% vacancy level in Q3.

Furthermore, the rising demand for coworking office space in Manhattan is also helping to drive asking rents up and vacancy down. Since mid-July, the amount of shared and coworking inventory in Manhattan has grown by 4%, according to research from Yardi Matrix. Coworking space in Manhattan currently stands at nearly 17 million square feet, up from about 16.2 million in July.

The sales price for office buildings in Manhattan reached a four-year high of $1,676 per square foot, reversing a downward trend that began in early 2018. In fact, this is the first time since Q2 2018 that office prices have risen above $1,000 per square foot.

To be sure, the Wafra to SHVO Coca-Cola Building office flip—resulting in a cool $30 million quick profit for Wafra—contributed to the skyrocketing office prices in Manhattan. However, another reason for rising sales prices is that there’s not that much office product in the pipeline.

One project that was completed during Q3 2019 was the Solar Carve Tower at 40 Tenth Avenue with two entire floors of the 139,000-square-foot building have already leased. The 7th floor is leased to RTW Investments, while Starwood Property Group occupies the 8th floor. The Hyundai Genesis New York Showroom—touted as one of the priciest retail deals in recent years—is also leasing more than 41,000 square feet of retail space on the ground level.

Despite rising asking office rents, skyrocketing office deal prices, and declining vacancy rates, the number of office transactions and deal volume in Manhattan is beginning to drop. Manhattan office sales have declined by about 34% year-over-year in Q3 2019.

The Coca-Cola Building was sold twice in one month which had an affect on the deal volume. That double transaction for the same property represented about 64% of the nearly $3 billion in office sales volume in Q3 2019.

Moreover, the high price per square foot in Manhattan also makes transaction activity look stronger than it really is. In Q3 2019, eight transactions with a total of 1.7 million square feet closed, as compared to the 11 deals totaling more than $4.4 billion that changed hands in the same quarter last year.

For a complete and detailed picture of the Manhattan office market in Q3 2019, read the full report on COMMERCIALCafé.

Real estate and legal industry professionals have begun utilizing more virtual closings and escrow closings.But how do they work and are they here to stay? 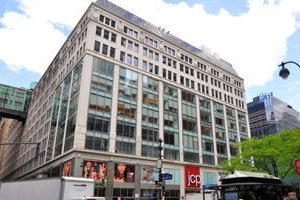