Well, we’re just speculating, but Brownstoner reports that 836 Prospect Place was auctioned two days ago for $810,000. That’s a whole lot more than the minimum bid of $500,000 at which the auction was supposed to start.

To refresh your memory, we reported two weeks ago that NY State was going to sell at auction a landmark Crown Heights townhouse with an address at 836 Prospect Place, Brooklyn. A 5% commission was offered to the real estate broker who represented the successful bidder.

The property was bought by the New York State Office of General Services in 2007 for $1,375,000. They planned  to convert the single-family home into a 6-bedroom residence for mentally challenged residents, but for some reasons those plans never came through.

If you missed this one, don’t worry, the New York State Office of General Services has a bunch of other interesting properties that will be scheduled for sale, among them the Schenectday Armory. 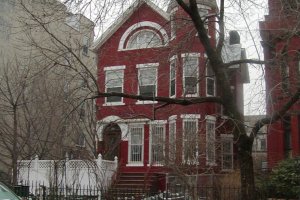