If you were looking to buy a home in Park Slope, you probably know that the area doesn’t come as cheap. In 2015, the A-class neighborhood asked potential home buyers to shed a median of $930,000 for a home*, which was 10% more than in 2014. In exchange, buyers got to call home Brooklyn’s 7th most expensive neighborhood.

Take a look at how the Park Slope real estate market did in the past decade:

* We took into account only single-family, condo and coop sales (number of sales was adjusted). The sales data for 2015 is based on all transactions closed in the neighborhood between Jan. 1 and Dec.15, 2015.

The number of luxury sales in Park Slope up by 50%

Here are the top 5 most expensive homes sold in Park Slope in 2015:

* The total number of properties sold in 2015 was adjusted.

Brooklyn, once the home primarily of brownstones and warehouse conversions, has been the subject of… 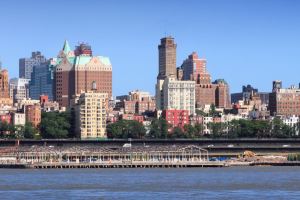 The areas with the most intense sales activity this quarter were Park Slope, Brooklyn Heights, and Downtown Brooklyn.