To cut things short, if there’s one thing to take away about real estate in Long Island City, it’s actually four:

Read on for more details.

Not so long ago, few New Yorkers would have glanced this side of the Queensboro Bridge in search for a place to call home and raise a family. A mostly industrial area until recently, the loft-like brick and steel beam design is still very much at home here.

However, a great number of former factories have been re-purposed as studios, galleries, offices and residences. Thus, Long Island City has emerged from the gentrification funnel a fashionably artistic, diverse and still relatively affordable neighborhood with an enviable commute time.

In the following lines, we’ll be taking a closer look at the more interesting aspects of LIC real estate, the big and the small, the rich and the affordable, the old and the shiny new glass shapes going up around the neighborhood. Also, if  you’re thinking of moving in your family or your business, read below to get a sense of what you could expect to find as a renter or property owner in this market.

Homes in the LIC span across the entire spectrum, in terms of space, quality and age. An added bonus is that they are generally less expensive than their equivalents in Brooklyn’s Williamsburg, a similarly well-positioned neighborhood, popular with those in need of easy commute to Manhattan. The most expensive home ever sold there is a 2,500 square foot condo near the East River, bought in 2014 for $5M.

The most expensive home ever sold in this neighborhood, on the other hand, was a 1,800 square foot condo unit in a new development on Center Boulevard, called The View. Facing the Manhattan skyline, the unit was picked up for $3.35M back in 2014 and included all the amenities of any luxury condo in Manhattan.

Likewise, the highest transaction recorded for a home in 2015 amounted to $3M for a 2,300 square foot condo in a corner lot ‘20s building in Court Square, which was renovated into a luxury property in 2006.

Hunters Point is generally recognized as the more expensive part of LIC, and where the majority of large new developments can be seen. Indeed, it ranked #35 on our top 50 most expensive neighborhoods in NYC list at the end of the first quarter of 2016.

The most expensive listings on the market at the time of this article were a couple of penthouses on Crescent St. , located in eastern Hunters Point, in a new development called The Factory House. They’re asking just shy of $3.5M for around 2,000 square feet of cool design and impressive unit and building amenities.

While you won’t find the gigantic penthouse triplex of the Lower Manhattan glass tower here, there are still a few generously-sized homes for those who prize space over location. This two-family home close to Astoria stretches over 4,500 square feet and it’s the largest home in the neighborhood so far. In terms of space per household, the largest single unit home is a condo at Arris Lofts, offering 3,400 square feet for the price of $2M back in 2010. The vast majority of homes cover less grandiose surfaces – however, the neighborhood average is a not-too-shabby 1,000 square feet.

LIC is also no stranger to micro-units, tiny condos and co-ops that count no more than 500 square feet. And while some of them are drab dwellings worth little more than the land they’re sitting on, others, like this tiny co-op on the waterfront, take a page out of Manhattan living, where small doesn’t need to feel dark and depressing.

A small page out of LIC history

Coming back full circle to the history of this neighborhood, we dug around for some of the oldest homes around LIC and found this tiny, yet charming red-brick single family house, which was built in 1861. Part of the block-sized Hunters Point Historic District, it was landmarked in 1968, and has a matching contemporary double standing right next to it.

The neighborhood benefits from a healthy dose of new construction, sprinkled around the pre-war and mid-century buildings. Hunters Point, in particular, has seen a number of glass towers rising along its waterfront, mostly for residential use. The heart of the neighborhood is still dedicated to commercial and industrial use, while the most overtly residential areas border the more suburban South Astoria.

Hover over the chart below to see the total number of units available for each real estate category:

Perhaps the most famous new development in the area is actually a city-funded residential and commercial project on the southern tip of Hunters Point. The waterfront development, when completed, will span south of 50th Avenue, bordered to the east by 2nd Street. The apartment complex will be largely and permanently affordable, and it’s one of the largest projects of its kind in New York City.

Over 20,000 rental apartments in LIC with many affordable opportunities

LIC is still very much a renter’s market, with 83% of all homes being apartments, many of them housed in large elevator developments built in the ‘30s and ‘50s. In particular, the four-block affordable complex between 34th and 36th Avenues called Ravenswood, and the double Queensbridge complex, North and South, right across from the Queensbridge Park, both owned by the NYC Housing Authority. The latter is, in fact, the largest apartment complex in the neighborhood. Between them, the two complexes count 5,123 affordable apartments out of a total of 25,950 rental units in all of LIC, including units in 3- to 6-family buildings.

For those looking to buy homes in this neighborhood, options are more limited for now. Single and two-family houses are hard to come by, with only 990 such homes built in the neighborhood so far, another remnant of the neighborhood’s industrial past.

As for condos and co-ops, they make up a total of 4,056 units. Most of the larger condo buildings are concentrated in the southernmost part of Hunters Point, in relatively new constructions. The largest co-op complex sits in the northern part of the neighborhood, right across from the Ravenswood complex, and houses 726 units in 14 buildings. It was built in 1950 and it’s owned by Queensview Inc.

The make-over of the industrial heritage

A large chunk of the neighborhood is still zoned for light industry, and the arts and fashion businesses have been the quickest to take advantage of the light rents and easy commute in LIC. While investment is usually needed to bring former factories up to the requirements of personal goods production, these spaces are better suited to this type of work than anything found in Manhattan, and generally cheaper than the options available in Brooklyn.

The entire neighborhood can boast over 330 acres of industrial space that, thanks to city plans for re-zoning, is being converted or renovated for a variety of uses, as was the case with much of Lower Manhattan in the past.  For commercial use, there are quite a number of spaces spread across the neighborhood, including 133 office buildings and 459 retail units. In fact, the neighborhood has the highest density of office space in all of Queens, and industrial-to-commercial conversions will likely further increase these numbers and attract more businesses. One example of how to do it right – the Brewster Building:

Going forward, real estate experts are eager to see great things from this neighborhood, and it seems many private and public investors are willing to bet their money on it. And for now, all the signs are there that LIC is going through a transformation very much like the one TriBeCa experienced back in the day. There’s maybe just a couple of things we hope will go differently: fingers crossed that LIC gets to keep its artists and its reasonable prices a little longer.

Keep up with the local news

LIC has earned a spotlight among established real estate publications like Curbed and The Real Deal, featuring frequently in news articles about the promising new developments rising every day. However, for those looking to drink in a little more of the local culture, issues and the residents’ perspective, look to licpost.com, weheartlic.com and licjournal.com, and the local blogs liccourtsquare.com and lictalk.com, for the best scoop.

PropertyShark Seller Leads: Turn Them into New Listings and Clients

Queens: median sale price is back to levels seen before 2008 Residential Market Highlights The… 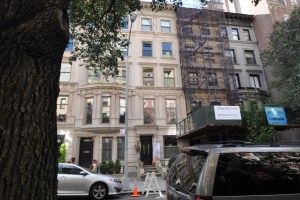