Floor Area Ratio, often referred to simply as FAR, is an essential concept for anyone who is concerned with the way zoning can affect a neighborhood. Pronounced “F-A-R,” it can be challenging, but it’s important to understand.

The purpose of FAR How often a local government will set a maximum FAR for individual parcels of lands depends on the area in which the property is located. For example, in a city like New York an FAR is set for each parcel. In rural parts of Ohio, it is likely never set at all.

However, if a property’s FAR exceeds the maximum, and was built after those limits were set, steps must be taken. An owner may seek a variance for the property, and if that is not an option, they may be forced to remove parts of the structure.

FAR can be just as important as height limits

It is common in areas like New York City for buyers to worry about height limits. They may want to see more high-rises, or they may want to maintain the integrity of the neighborhood. FAR limits can be just as important. A retail center, for example, that exceeds the lot’s maximum FAR may not provide enough parking space for customers.

Although FAR limits are generally less problematic for developers in residential areas, municipal codes still apply. Furthermore, a homeowner’s association bylaws might also set FAR limits, possibly even more restrictive ones than the local building codes, in an effort to preserve the community’s original charm.

The complex effect of FAR on land value

FAR can both raise and lower land values. For example, one property may be more valuable with an increased FAR because it allows for a larger building with more units, larger units or both. However, this can reduce the value of the land next to the property because it may obstruct its view.

A property’s FAR can be a deciding factor for investors. If the building’s FAR is below the maximum, it means there is opportunity to upgrade and expand an existing property or build additional structures on the parcel.

When considering the purchase of a New York apartment, one of the first choices is… 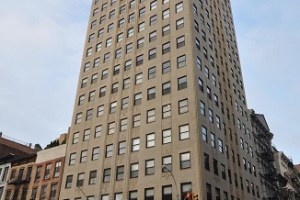 If you ever had to research an NYC condo building, you know that you need…

Commercial office space is normally leased for terms of 5, 10, 15 years, and sometimes…