As we look around the world – where economies are now not recovering from one epic financial crisis, but trying to either stay out, get out or minimize their exposure to a second – it is a struggle to find anywhere that looks like a good place to invest, save for things such as structured property investments. One place that really is standing out right now is Istanbul, which is currently appealing both to emerging markets investors and wealthy investors seeking a safe-haven.

Prime property in prime locations is now proven as resilient against financial shocks. So, with cash devaluing at an alarming rate, the world’s wealthy along with institutional investors are now buying up such properties as safe-haven stores for their wealth.

Ski property in the premier Alpine resorts of Switzerland and France, chic apartments in Chelsea, Knightsbridge and apartments and townhouses in London’s other pricey places, plush pads in Paris, and high-life homes in Hong Kong are all providing such wealth store services as described above, but so is Istanbul.

What? Istanbul is an emerging market, isn’t it? Correct. Turkey is the fastest growing economy in the world, and Istanbul is its top emerging market. Istanbul’s population is among the fastest growing in Europe, both in terms of affluence and numbers. This, combined with high liquidity fueling incredible growth in Turkey’s immature mortgage market, is leading to demand for Istanbul property far outstripping supply.

Thus, as an emerging market few places in the world can rival Turkey: Natal in Brazil, maybe Pattaya in Thailand (but it loses out on political stability, over which there are still doubts over), Tangier in Morocco, and that’s about it.

But according to Sotheby’s, Istanbul is also becoming one of the safe-haven destinations where the world’s wealthy individuals store their wealth in prime property, and where institutional investors make their low-risk acquisitions.

Özver told Sunday’s Zaman that Istanbul’s unique position as a geographic and cultural “intersection”, with its rich history and culture, combined with its well-developed financial system and sound infrastructure, placed it among the most desirable locations in the world for property investors and the super-wealthy. “Istanbul is able to compete in every sense with those metropolises”, “Özver said in reference to London and Paris.

Özver believes that areas such as Istanbul’s Nişantaşı and the picturesque properties that line the Bosporus have achieved the same status, being increasingly regarded by wealthy investors as a “safe haven” asset class, immune from fluctuations in the wider economy.

“Nişantaşı is the same [as Knightsbridge, central London], and if rental or sale prices in Istanbul collapse by 50 percent, prices for buildings like these [Sotheby’s office in an art nouveau building in Nişantaşı] will maintain their value, because this [property] is unique,” he said.

This is the first article in a series of stories following real estate in major cities around the globe.  The article was written by Liam Bailey for PropertyShark.com on behalf of Select Resorts, a leading overseas property agent currently marketing property in Turkey. 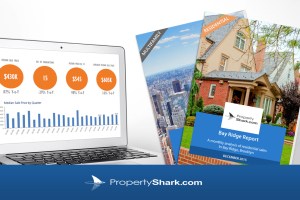 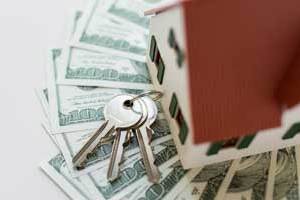 We’re happy to present to you Alexander Aguilar, a real estate investor who also blogs…

An article in Multi-Housing News reports an increase in investor confidence, particularly in Multifamily properties,…