In line with the general commercial real estate market trend, the New York City hospitality sector saw a robust growth in 2011, with over $3.2 billion in sales. Sales were up 148% over 2010, and up by a whopping 524% over 2009. Moreover, 2011 saw the volume of sales reach a 5-year high. The figures indicate that the market is recovering from its recessionary lows and that hotels are among the most desired investment properties.

The average selling price per transaction reached $84 million in 2011, the highest value over the past 7 years. A significant contribution to this jump were large transactions like the sales of New York Palace, The Carlyle, Yotel New York and others.

There were 38 hotel sector transactions during the year, almost double compared to 2010 (see a map of 2011 hotel sales). Large transactions, of over $100 million, accounted for $2.3 billion in volume alone – 78% of total sales volume. 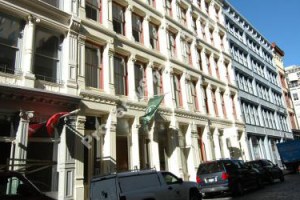 In the highly competitive commercial real estate (CRE) industry, you need to stand out from…