Year after year, New York City makes real estate headlines, as homes in the Big Apple keep changing hands for exorbitant prices. From luxury condos to extravagant townhouses, the city has it—and sells it—all. Last year, a handful of residences fetched more than one would bargain for, and one particular penthouse managed to steal the show, trading for just under $100 million.

Manhattan dominated most of the high-end sales activity in 2017, which doesn’t come as a surprise for most real estate ‘connoisseurs.’ What’s worth mentioning, however, is that a three half floor unit at 432 Park Avenue banked $91 million. Even so, the record is still held by a penthouse at One57, which went for $100.5 million back in 2014.

Paying such premiums will no doubt land you the most exclusive homes in NYC, not to mention the most amazing and sweeping views of the city. But what if you had that kind of money lying around and wanted your own private, quiet space, away from the urban jungle? Well, for the price of the most expensive Manhattan condo you could buy an entire community in some parts of the country—and really get a bang for your buck.

We did some digging and handpicked a few interesting locations that caught our eye. Our shortlist includes charming rural areas with hundreds of homes, which are positioned along beaches, lakeshores and mountains—and even in the desert. Our goal was to create scenarios where you could buy all the homes in a community, if they actually were for sale.

Check out our selection of what you could buy with $100 million.o

A polar opposite to the big city life, an exotic retreat in the middle of the Pacific would definitely appeal to any nature lover with a taste for adventure and exploration. Our first suggestion is Punaluu, a small village on the northeastern shores of Oʻahu. The community boasts a total of 237 owner-occupied homes, and every single one could be yours for a price tag of just $82.6 million. This investment would leave you with a lovely beachfront community and some money to spare—which would not be the case if you were to buy that fancy New York City condo with expansive views.

The following three communities are scattered throughout The Aloha State, all on the north coasts of their respective islands: Hala’ula on The Island of Hawai’I, Kawela Bay on Oʻahu and Wainiha on Kauai. Hala’ula is the most affordable, the area’s median home value being $359,500—about $200,000 less than the other two oceanfront villages. Apart from sandy beaches lined with coconut palms and ironwood trees, each community is unique: Wainiha, for instance, has a varied terrain that includes a cliff, a valley and a river, as well as a bay and a canal; Kawela Bay has some of the most secluded beaches in O’ahu and a small forest nearby—which houses the famous banyan tree—that was used as the filming location for multiple movies and TV shows, including The Pirates of the Caribbean and Lost.

And here comes the twist: you could buy every owner-occupied house at all three locations for $81.7 million: that’s a total of 198 homes on three different Hawaiian islands for the approximate price of a luxury Manhattan condo. Alternatively, you could buy all the houses—rentals included—at one of the locations, depending on how you want to spend your money. Still not convinced?

Pick one of two lakeside retreats in Sunny California

Maybe the island life isn’t the best fit for you and you’d prefer freshwater lakes instead of salty oceans. Our first mainland picks are two communities in The Golden State, namely Lake Almanor Peninsula on the bank of Lake Almanor in Plumas County, and Carnelian Bay on the edge of Lake Tahoe in Placer County. Here, residents can choose to relax on the shores of the stunning lakes and enjoy the fresh air and serene atmosphere, or embark on countless hiking trips, on trails passing through some of the most gorgeous national parks and forests the state has to offer.

With the given $100 million budget, you could buy every house in these California villages, including single- and multi-family properties. You could potentially buy 202 homes in Lake Almanor Peninsula for $72.8 million, or 171 houses in Carnelian Bay for $89.2 million.

Into mountains and skiing? We’ve got you covered

We’ve stumbled upon quite a few fascinating mountain retreats throughout our search, but ultimately settled on two cozy communities in New Hampshire and Vermont.

Nestled in the White Mountains, Waterville Valley is a small village in New Hampshire, famous for its ski resort, which is located a couple of minutes away from the township. Residents and tourists alike can take part in countless winter activities here, including snowboarding, skiing, ice skating and hockey, while in the warmer seasons of the year, you could opt for a biking or a fishing session, a game of tennis or a relaxing swim in the lake. A golf course is also available.

There are about 90 houses in Waterville Valley, all of which could be yours for a modest $30 million.

Stratton is a charming town with a Christmassy feel, located near the mountain of the same name in Vermont. During the cold season, the community is lit up by thousands of holiday lights, making it look like a true winter wonderland. Countless events and concerts add to the vibrant atmosphere, not to mention a wide array of shopping and dining options. After a long day of skiing, residents can unwind at the local spa or gaze at the breathtaking snowy views.

For the price tag of $43.2 million, you can purchase all 108 houses in Stratton and spend your entire holiday season here.

Winter sports are not your thing? Why not buy something in the desert

If you prefer a remote setting and the hot Nevada sun over the cool mountain breeze, then these two communities are the perfect alternatives. Located in Clark County, Blue Diamond and Indian Springs are positioned at a convenient distance from both the badlands and Las Vegas.

Owning a house here—or all the houses—lands you the desert on your front porch and Sin City just around the corner. The two townships lack luxurious amenities, but offer countless other unique opportunities: driving across the desert, birdwatching and camping for those set on discovering the hidden secrets of the wasteland, and hang gliding or off-road buggy rides for thrill seekers. Plus, with Las Vegas just a few minutes away, you can always drop in at the Bellagio for a quick roulette game to cool off from the hot sun.

As a package deal, you could potentially buy all the houses at both locations, 518 properties to be exact, for just $68.1 million.

Escape the urban jungle and go live on an island—or better yet, buy one

So, what would you do with $100 million? Buy the most expensive penthouse in New York City, or an entire community for you to enjoy?

Many say that location is the number one factor when deciding on buying a house,…

New kids on the block prize homeownership, aspire for larger homes and more amenities To… 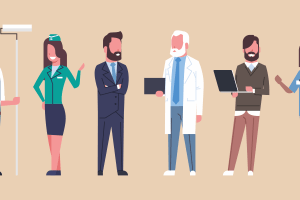 Let’s face it. Managing your real estate portfolio can be complicated. Until recently, some property…