WeWork is aggressively expanding its footprint in San Francisco, a city that could easily be dubbed a freelancing Mecca. The shared workspace provider is going to take over the Union Bank Building, after signing the largest lease closed so far this year—according to the San Francisco Business Times.

The coworking giant has rented 251,000 square feet in the mid-1960s brutalist tower located at 430 California St., in the heart of the San Francisco office market. The company will occupy all 20 floors of the high-rise.

“We could not be more excited to reimagine this historic building and provide a home for San Francisco’s creators at 430 California St. We can’t open inventory fast enough to keep up with demand in the Bay Area, and this location will be our largest in the city. We have grown a community of more than 13,000 members in San Francisco, across all sectors of the economy, and this is an amazing opportunity to introduce a mix of startups, medium-sized firms, and large enterprise businesses into one of the city’s most iconic buildings,” Jon Slavet, managing director of WeWork, said in a statement.

The new shared office space—the 13th one in the city—is scheduled to open its doors to the public in the first quarter of 2019, presumably in February, the San Francisco Chronicle reveals. To prepare for the arrival of the coworking giant, the building’s landlords, Kennedy Wilson and Takenaka Corp., are going to renovate the high-rise by modernizing the lobby, adding new amenities, and expanding the ground-floor retail space.

The Class B property was previously owned and fully occupied by the MFUB Union Bank, a company that has been gradually moving its employees out and is going to completely vacate the premises in the following months.

The financial services firm sold the 267,840-square-foot building to the above-mentioned joint venture in December 2016, in a $135 million transaction—equating to $504 per square foot, per Yardi Matrix data. Along with the 1968-built high-rise, the two companies also purchased the adjoining 27,000-square-foot Greco-Roman structure built in 1908.

The office tower at 430 California St. is in the vicinity of two other locations operated by WeWork, at 600 California St. and 650 California St. Through this lease agreement, the coworking provider becomes the city’s fourth-largest tenant, surpassed only by Wells Fargo, Salesforce, and PG&E.

NKF Capital Markets has arranged the placement of a $26.2 million loan with PCCP for… 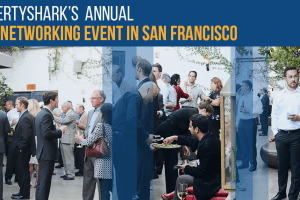